It’s that slime of the year again! Come 12 March, the ultimate celebration of all things kids love – Nickelodeon’s Kids’ Choice  Awards  will  return  with  massive  musical  performances,  colossal celebs  and  super-sized  (possibly  slimy) surprises! The show will premiere in Malaysia on Monday, 14  March at 11.30am and repeat on the same day at 6pm.

In  anticipation  of  the  most  slime-tastic  time  of  the  year  for  kids  around  the  world,  we’ve put together  a  list  of fascinating facts about the Awards. For starters, did you know Nickelodeon’s Kids’ Choice Awards is the only awards show that gives kids the power to vote for their favourites in movies, television, music, sports and much more — and honours their opinions with a live show filled with the stars they love? As you read on, just remember one thing – it’s kind of a big deal!

2.  That time when there was an actual use with the famed Nickelodeon’s Kids Choice Awards award. The hollow orange blimp figurine handed out at the Awards also functions as a kaleidoscope. Check it out HERE.

4.  That time the entire audience was slimed. The first LIVE Awards was held in 1992 and hosted by Paula Abdul. Slime continues to play a BIG role in Nickelodeon’s Kids’ Choice Awards.

5.  That time sports stars got slimed too. In addition to winning Favorite Athlete at Nickelodeon’s Kids’ Choice Awards in 2003, skateboarding champion Tony Hawk went for the green – clinched a record – wowed the crowd with a spectacular “World Record Skateboarding Slime Dive,” after landing in an 11,000-gallon/41,600-litre tank of Nickelodeon’s signature green slime.

6.  That time Will Ferrell held the world record for the longest ‘Slip n’ Slime,’ slipping through 200 feet of the greengoop at the 2009 Awards.

7.  That time Orlando Bloom and Jack Black set the record for the longest sliming, getting showered with green goo for one whole minute at the 2008 Awards.

8.  That time we broke all rules and slime was not green! In 2002, multi-platinum recording artist Pink became the first person in the history of the Awards to be slimed with non-green goo. It was pink! This was before David Beckham and his sons Romeo and Cruz were slimed with gold-coloured slime for the first-ever Nickelodeon Kids’ Choice Sports Awards in 2014.

9.  That time we held a local version of the awards. Since 2008, Nickelodeon Indonesia Kids’ Choice Awards has taken place every year and broadcast live on GlobalTV in Indonesia. Last year, Nickelodeon gave out eight awards, including an Icon of the Year to a special public figure who inspired the children of Indonesia. Syahrini took home this award.

10. That time Justin Timberlake competed in five Burp-Offs, the most at Nickelodeon’s Kids’ Choice Awards. He won the Burp Award twice! And we still adore him! We wonder if he’ll continue the legacy with his son. 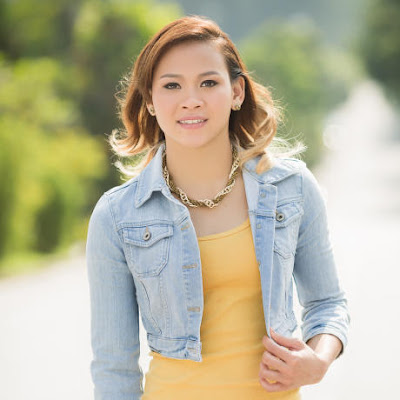 This year’s Nickelodeon’s Kids’ Choice Awards is hosted by The Voice star and country music producer, Blake Shelton. Voting has begun across all platforms and guess what? Our local nominee, Malaysian diver Pandelela is contesting for Favorite Asian Sports Star. Vote for her via kca2016.com or tweet #VotePandelelaMY #KCA